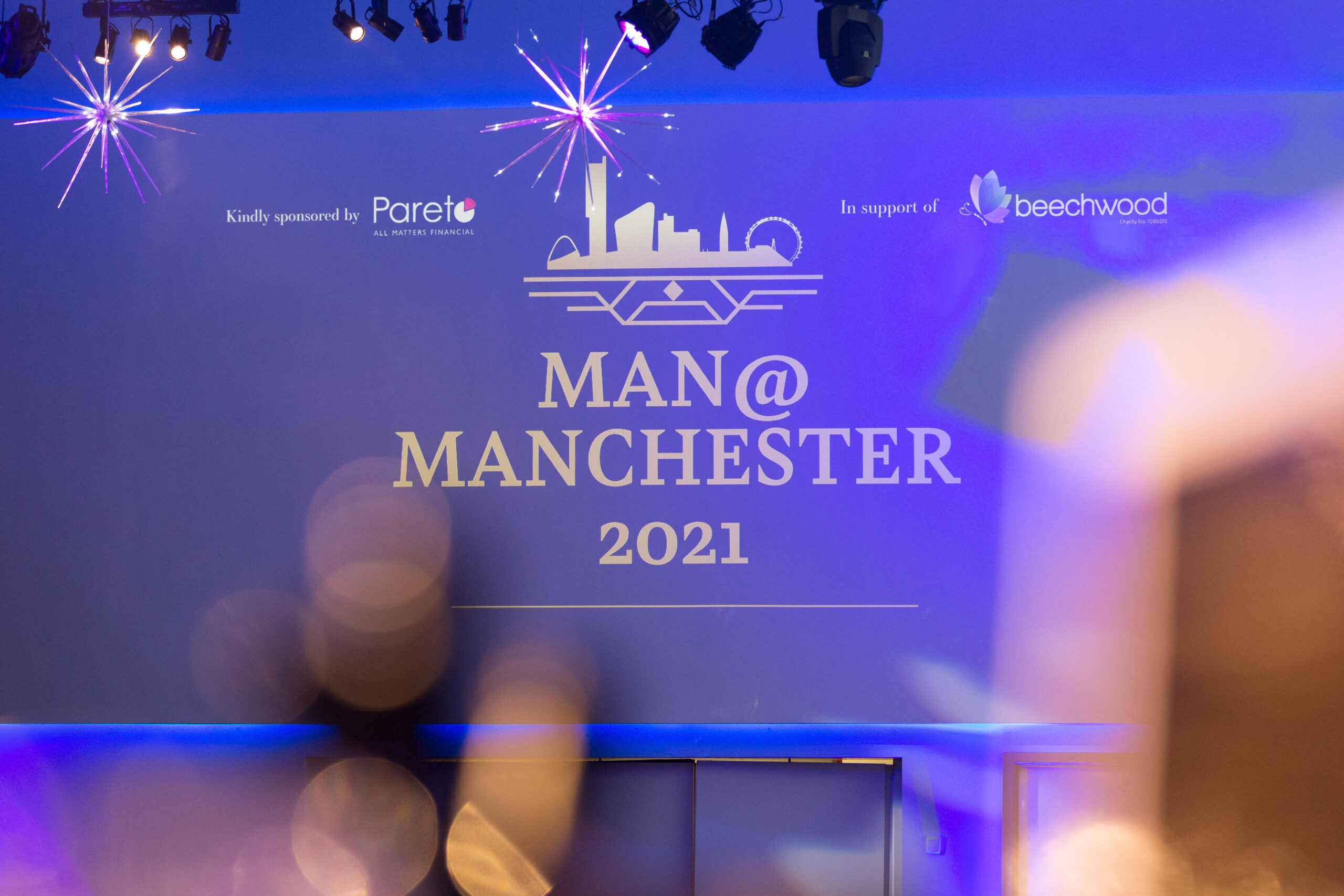 Man@Manchester has a record year for Beechwood Cancer Care

Managing Director at Pareto Financial Planning, John Stevenson, has been recognised for his support for cancer charities with an MBE in the New Year Honours list.

John received the award in the 2021 list which recognises the outstanding achievements of people across the United Kingdom. John’s fundraising efforts have helped raise more than £1 million, and he said he was stunned when he received an email about the New Year honour.

The decision about who gets an honour – and the type of honour they get – is made by a special committee. The committee’s decisions go to the prime minister and then, finally, to the Queen to check it.

John set up Man@Manchester Comedy Lunch an annual event which has been running for seven years and has raised over £750,000 for the Beechwood Cancer Care Centre. Held on the last Friday of November the event raised £130,000 in 2019 and has been supported over the years by comedians John Bishop, Paddy McGuinness, Justin Moorhouse and Jason Manford.

John is also Chairman of the Trustees for Stockport based Beechwood Cancer Care which offers support, including counselling, to those living with cancer and other life-limiting illness, as well as their relatives and carers, and celebrated its 30th anniversary in 2020.

Boris Johnson said the outstanding efforts of those who had received honours was “a welcome reminder of the strength of human spirit, and of what can be achieved through courage and compassion”.

Speaking about being awarded his recognition John said “I am humbled and shocked by my MBE award. Hopefully it will highlight the work that Beechwood do and help raise more money for them.”

John Understands the importance of emotional support after his mum Gwyneth died from a brain haemorrhage when he was five, and his stepmother Barbara died from cancer when he was in his 20s.

“I am honoured to receive such an award, it will keep me focused on raising more for local charities.”

The financial conduct authority does not regulate tax advice, estate planning or will writing.

The content in this article is for your general information and use only and is not intended to address your particular requirements. Articles should not be relied upon in their entirety and shall not be deemed to be, or constitute, advice. Although endeavours have been made to provide accurate and timely information, there can be no guarantee that such information is accurate as of the date it is received or that it will continue to be accurate in the future. No individual or company should act upon such information without receiving appropriate professional advice after a thorough examination of their particular situation. We cannot accept responsibility for any loss as a result of acts or omissions taken in respect of any articles.

Thresholds, percentage rates and tax legislation may change in subsequent finance acts. Levels and bases of, and reliefs from, taxation are subject to change and their value depends on the individual circumstances of the investor. The value of your investments can go down as well as up and you may get back less than you invested. Past performance is not a reliable indicator of future results.

Pareto Financial Planning Ltd is authorised and regulated by the Financial Conduct Authority.

Receive financial insight from our experts and keep up to date with market performance, business and investment news.